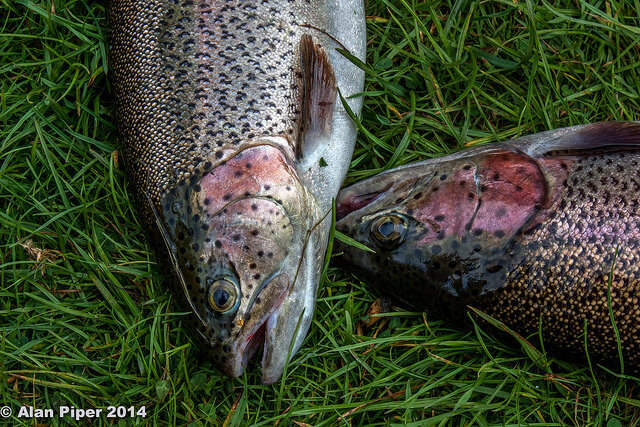 The waters around Longford, Tasmania, are some of the best stillwater fishing in Australia.? Longford lies at the confluence of the South Esk and Macquarie Rivers, with Brumby’s Creek at Cressy only 10 minutes by car, and the highland lakes 40 minutes drive from The Racecourse Inn.

In 1864, after several previous failed attempts to import fertilized trout eggs from the United Kingdom, the first wild Brown trout were hatched at Tasmania’s Salmond Ponds.?? Salmon hatched from the imported eggs migrated out to to sea, but Brown trout flourished in the ideal conditions, and were later exported to New Zealand, to start the NZ Trout fishery.

The best venues for fishing? Tasmania’s northern midlands include The Macquarie River, Meander River, South Esk River and Brumby’s Creek.? From early spring until the end of the trout fishing season, the trout rise to mayflies, grasshoppers, caddis-flies, damselflies and other insects. ? The Macquarie and South Esk Rivers provide marvellous spring fishing as meadow streams peak after spring rains, with fish foraging in the backwaters.? In Summer the best fishing lies in the tailrace fisheries of the lower Macquarie River and Brumby’s Creek, with worthwhile surface activity in some sections of the South Esk on calm, muggy days.